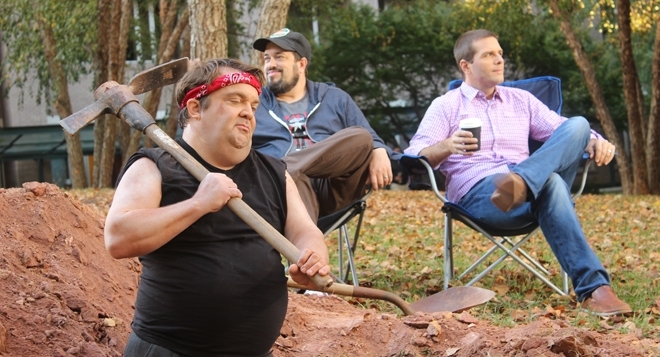 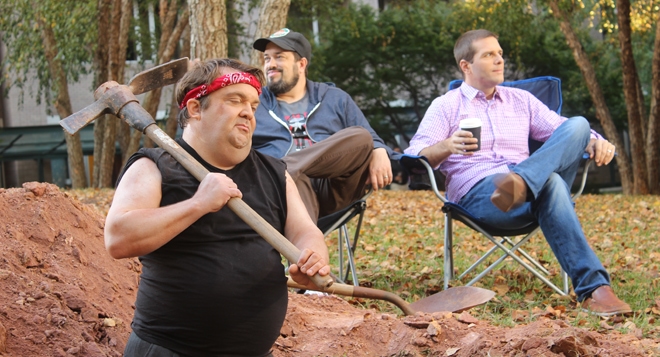 MATTER OF TIME – Synopsis: When corporate office promotes a company-wide time capsule initiative, the office is excited. While some people contribute thoughtful tokens to represent these times, Josh and Chuck concoct a plan to contact future time travelers. With some help from world-renowned physicist Michio Kaku, Josh is convinced they have a foolproof plan. The guys discuss the prospects of time travel, how time works, the speed of light, paradoxes and communicating with future man during their podcast.

Here’s a Link to the Matter of Time Episode