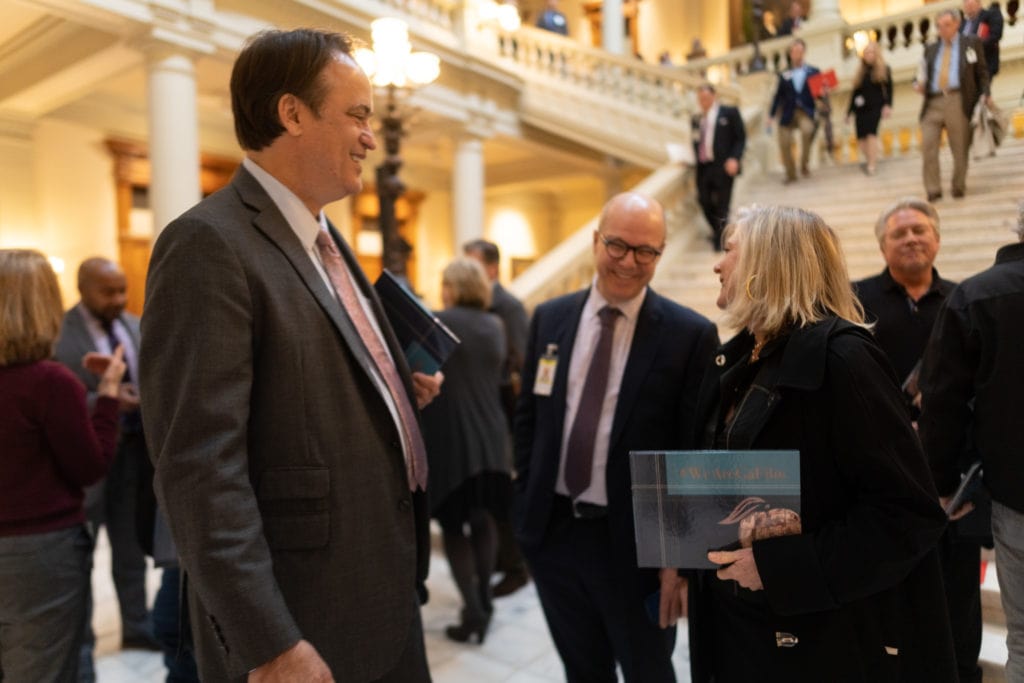 “We live here, we work here, our families are growing up here…”

These were the powerful words shared by Beth Talbert, head of The Georgia Studio & Infrastructure Alliance (GSIA) and Vice President of Studio Operations, Eagle Rock Studios Atlanta, during the Senate and House sessions on Monday. Moonshine was proud to join several of those featured in the #WeAreGaFilm book, as well as members of the GSIA, and watch proudly from the balcony as the Senate issued Resolution 755 and House issued Resolution 1193, both recognizing “the tens of thousands of hard-working citizens in the state of Georgia’s film and television industry”. 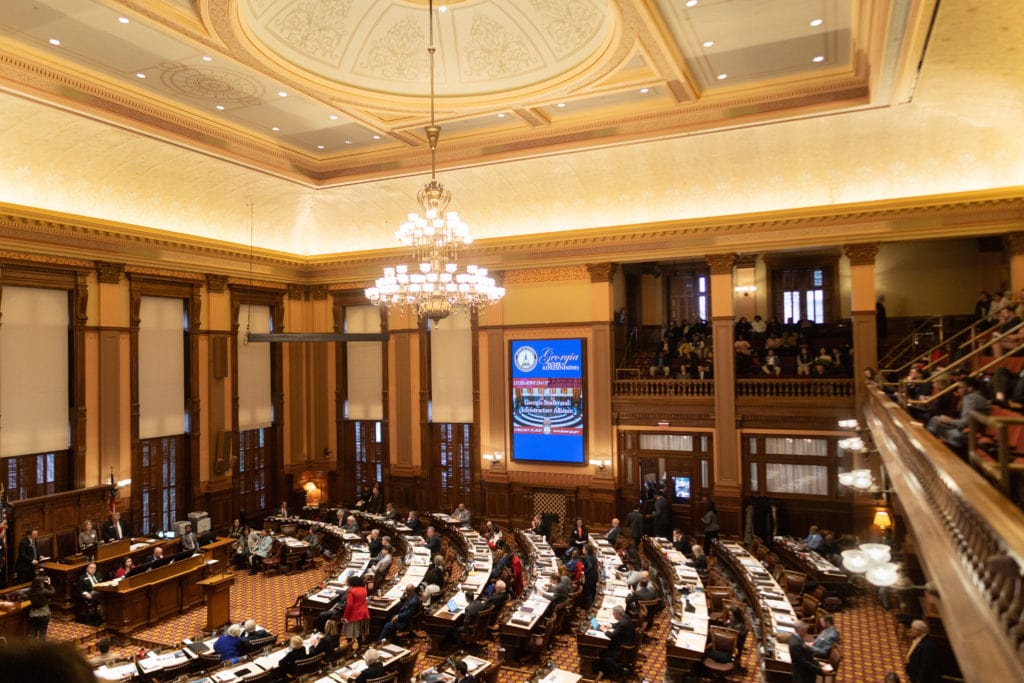 It was especially touching to walk into the Senate and look down on a sea of desks covered with copies of the #WeAreGaFilm book (although no photos were allowed, so it will have to be a memory we file away in our hearts). Knowing the work that the GSIA poured into gathering these stories and getting them in print (with a special thanks to Cindy Miller Communications and Canterbury Press), it felt good to see them in the hands of our legislators–several of them scanning the pages before the even session started. 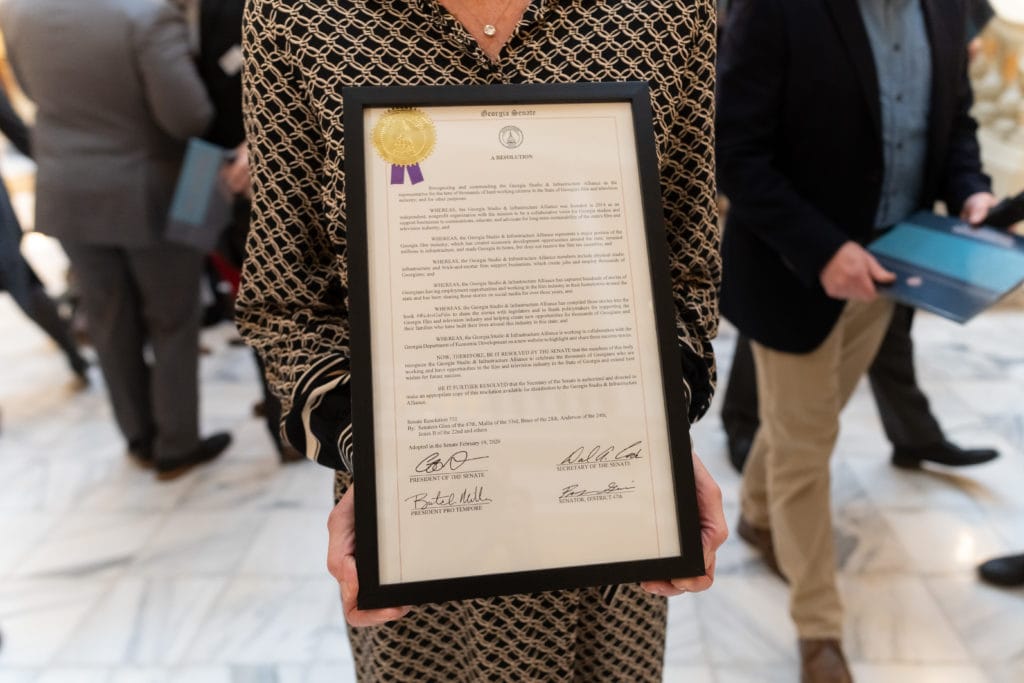 Beth also made sure to mention that the State of Georgia has become a shining example to several states striving to follow the same trajectory. We know first-hand that the strides made here in the film industry are the result of a combination of an attentive legislature, a connected community, and the incredibly hard work of those moving the industry forward first-hand, “from catering and transportation to location management and special effects.” So, while this event was a monumental moment of recognition for GSIA (and the pivotal role it has played in advocating for the wide range of those who make up the Georgia film industry), it was also an acknowledgment of the tremendous growth we’ve seen in our state–something we can all hang our hats on. 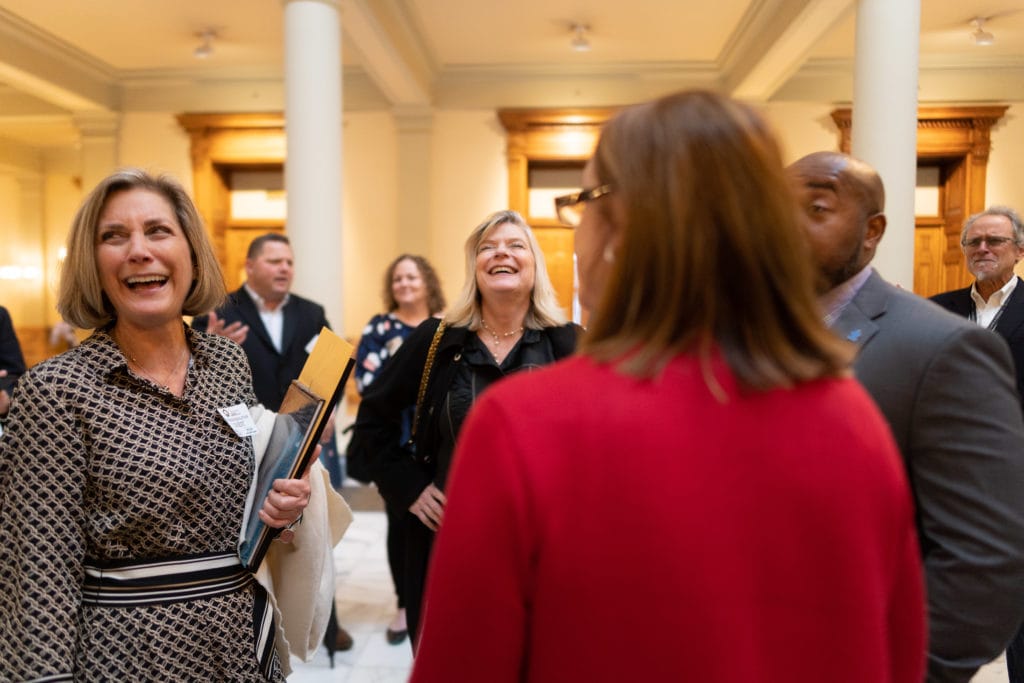 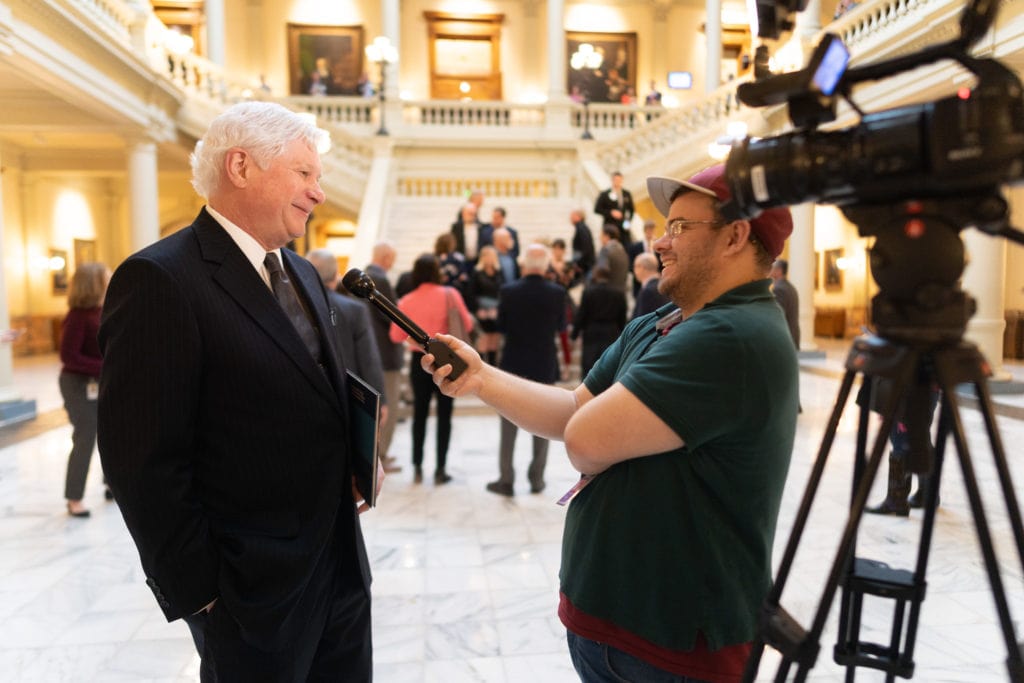 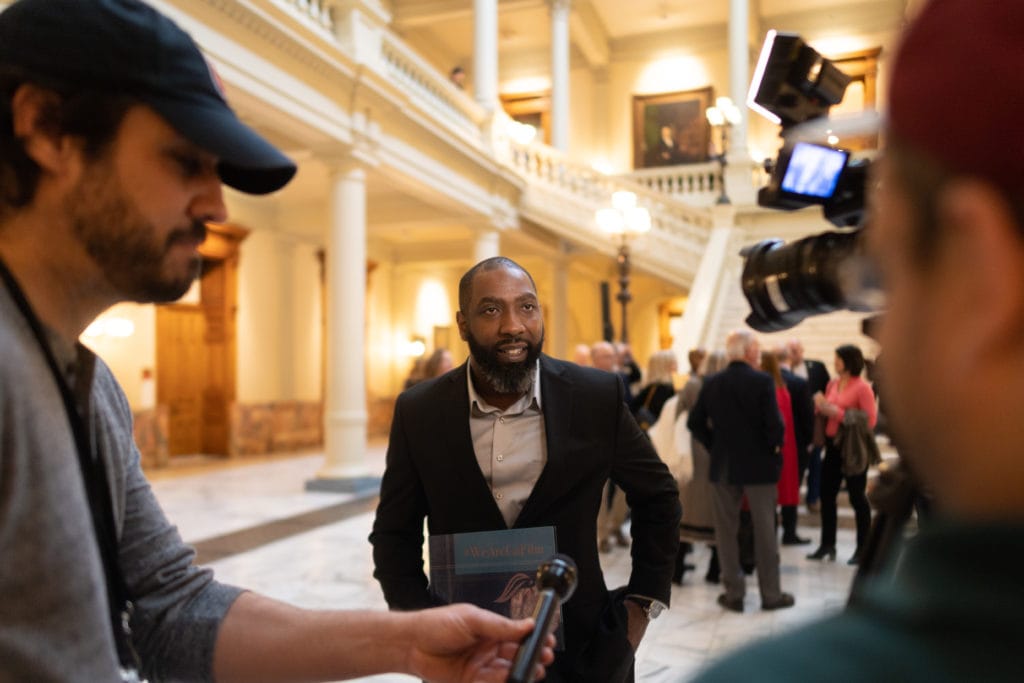 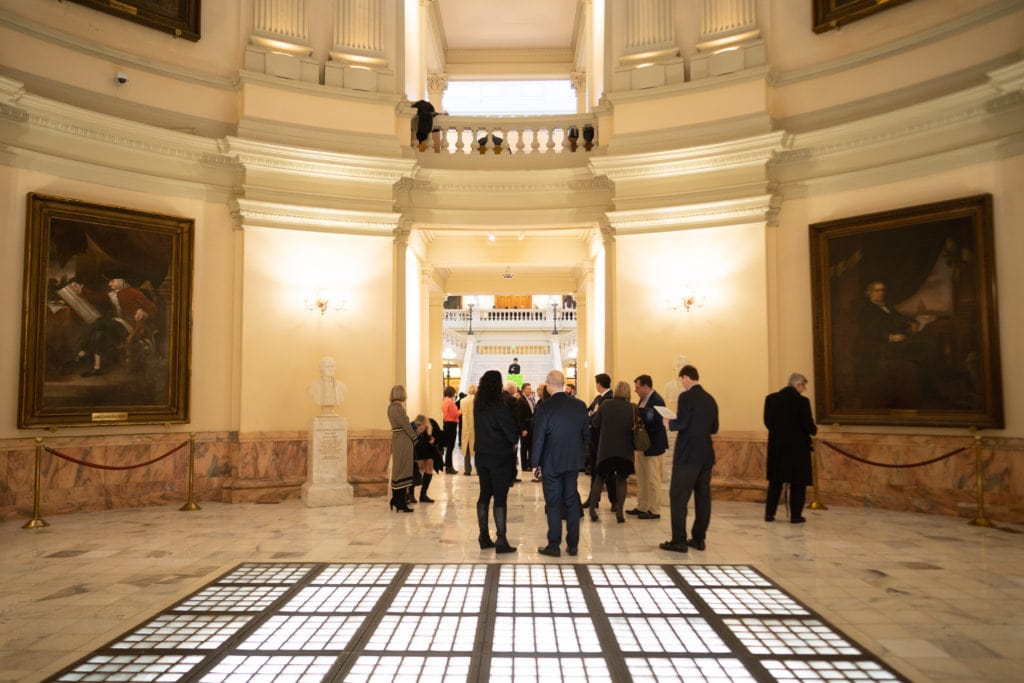 About Georgia Studio & Infrastructure Alliance: GSIA is a unified voice representing studios and other companies essential to the industry’s infrastructure to the Georgia General Assembly, the Georgia Department of Economic Development, and any other state entities dealing with the regulation of the entertainment industry. A key initiative of the organizations is its on-going sharing of stories about Georgians building careers and changing their lives through employment and opportunity in the state’s film and television industry. Read those stories on its blog page and Facebook page.