Stuff You Should Know Premiere

STUFF YOU SHOULD KNOW PREMIERE – For those of you who don’t get the Science channel, don’t worry! SYSK will be avaliable for download on itunes the Sunday after each episode for a S1.99 and guess what the premiere episode is FREE to download this Sunday only! So be sure to check it out! 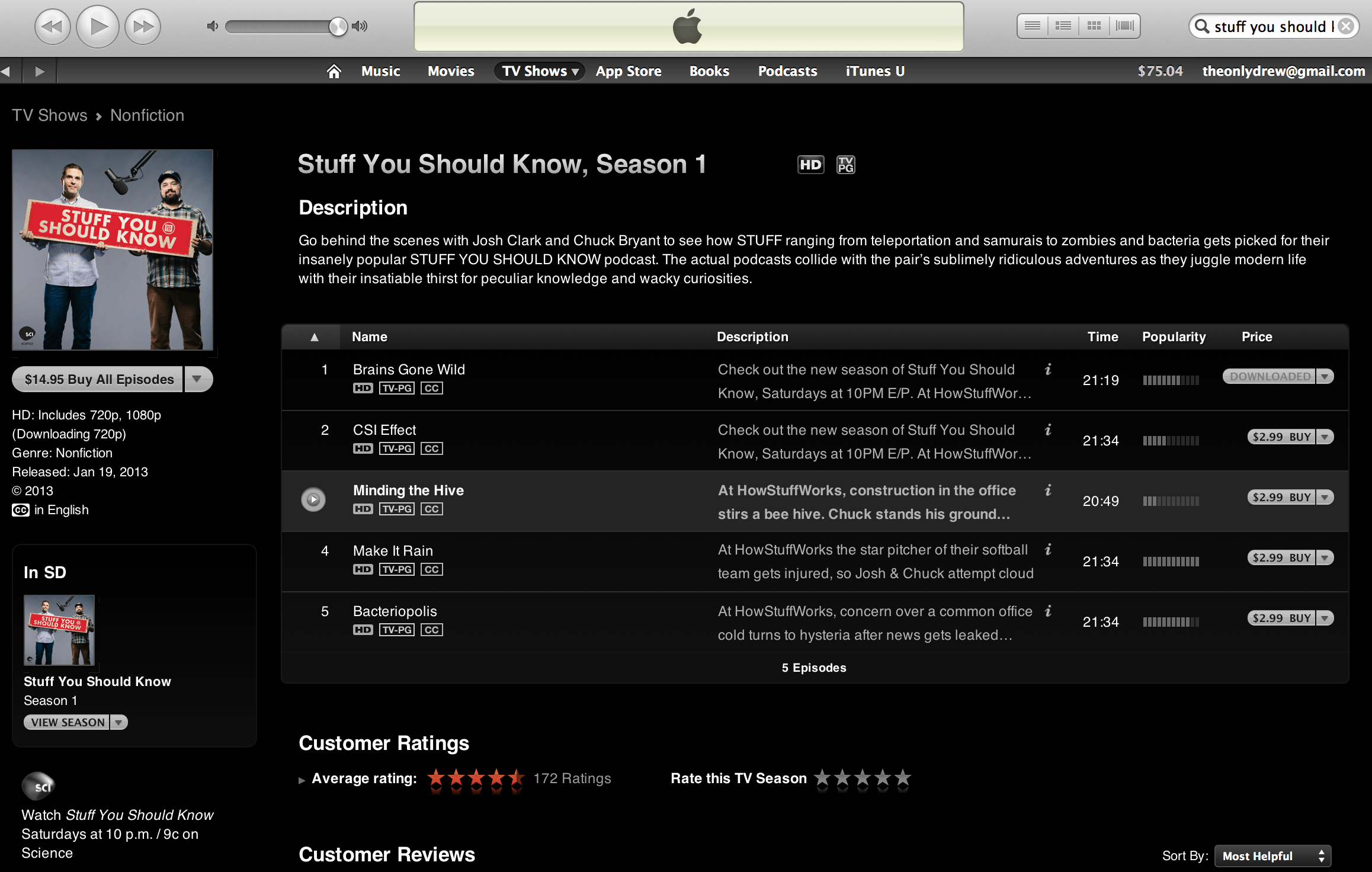