Moonshine Post and Resolution proudly hosted the most recent meeting of the Atlanta chapter of the Film Fatales at their post-production house on the BeltLine. Film Fatales is a community of female feature film directors who meet monthly to share resources, collaborate on projects, offer peer networking and mentorship, and build a supportive community to amplify the voices of women in film. 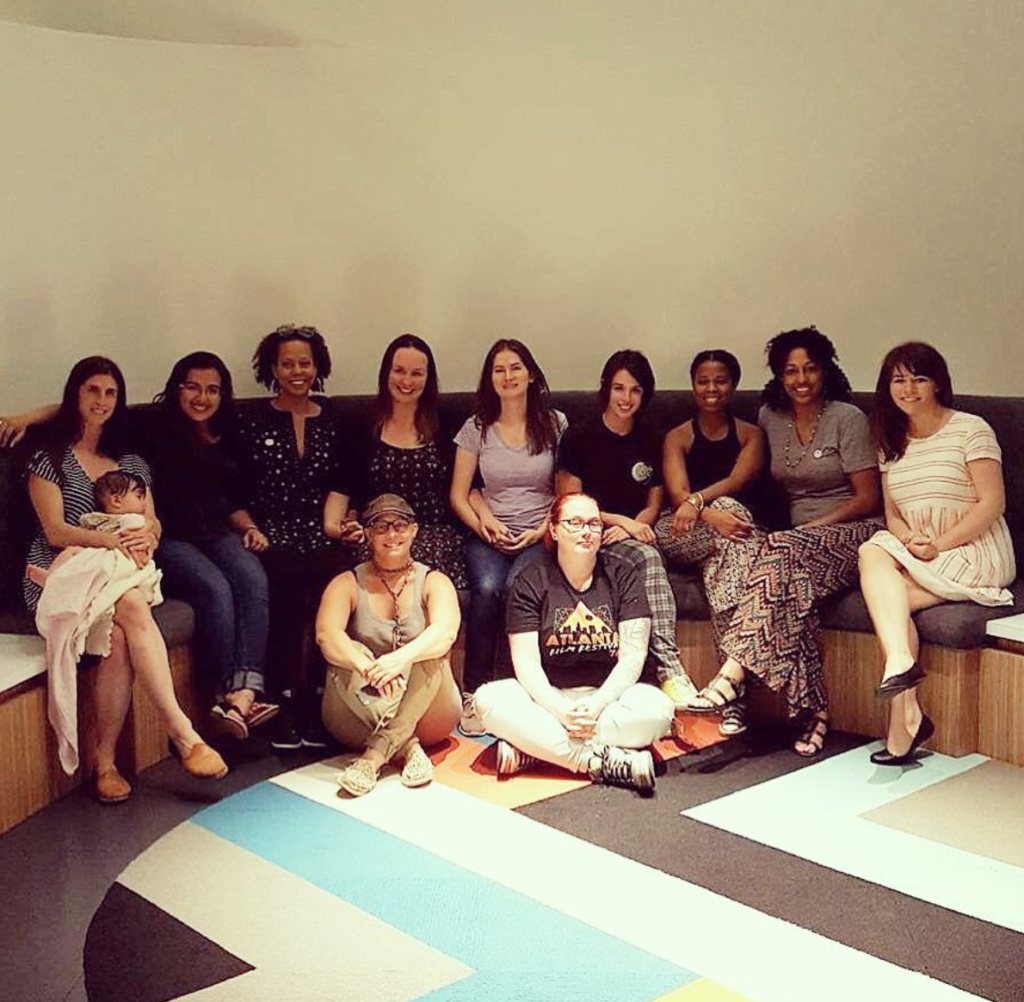 The organization showcases those women who have found success in the director’s chair, behind the camera, or at the writers’ table, shedding light on the role these women have played in shaping our entertainment. Moonshine, as a firm believer in giving the numerous diverse voices in film the power to share their stories, fully supports their efforts in this regard, as well as their goal to give women opportunities at the highest levels of film production.

“Film Fatales is a non profit which advocates for parity in the film industry and supports an inclusive community of hundreds of women and non-binary feature film and television directors nationwide. Each month, Film Fatales organizes panels and networking mixers where filmmakers can discuss their projects, share resources, and advance their careers. Film Fatales raises the visibility of marginalized directors and increases the talent pool for industry organizations, programmers and production companies looking to work with more underrepresented voices by recommending directors for jobs, grants, labs, screenings, and other opportunities. By expanding the landscape of storytelling, Film Fatales continues to bring exciting new films to the screen… [We] facilitate monthly meetings in a dozen cities where women filmmakers can share resources, collaborate on projects and discuss topics relevant to their careers. We host public panel discussions, educational workshops, screenings and networking mixers throughout the year to bring attention to issues of gender parity and promote the work of women filmmakers to a wider audience. Over the past five years, [FF] has organized over one hundred events in collaboration with organizations such as Sundance, SXSW, Tribeca, Hot Docs, IFP, UnionDocs, Film Independent, Women in Film, Women Make Movies, Fox Studios, and more.”