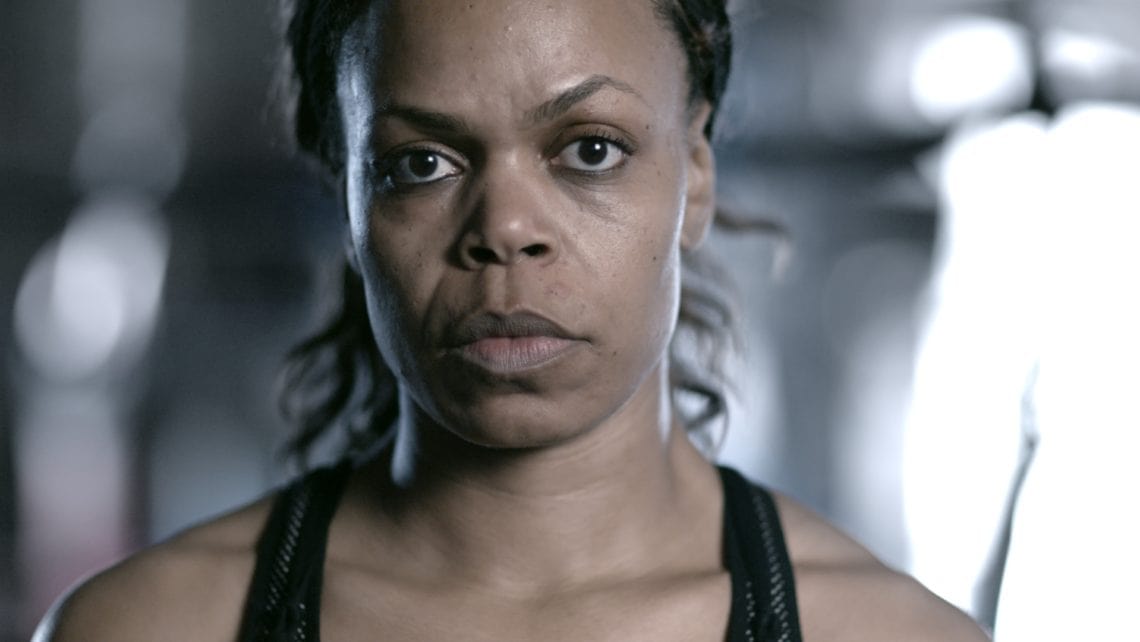 March marks National Women’s History Month. Itinerant writer Allison Glock and New York transplant Charlie Fisk, who have both put roots down in Atlanta, recently created an empowering poetic piece for espnW, titled “When I Play” airing throughout March. Glock and Fisk collaborated with Moonshine talents John Petersen (Color) and John St. Denis (Sound) . We sat down with these talents to talk about the process and inspiration behind producing this powerful material that celebrates female strength and tenacity. 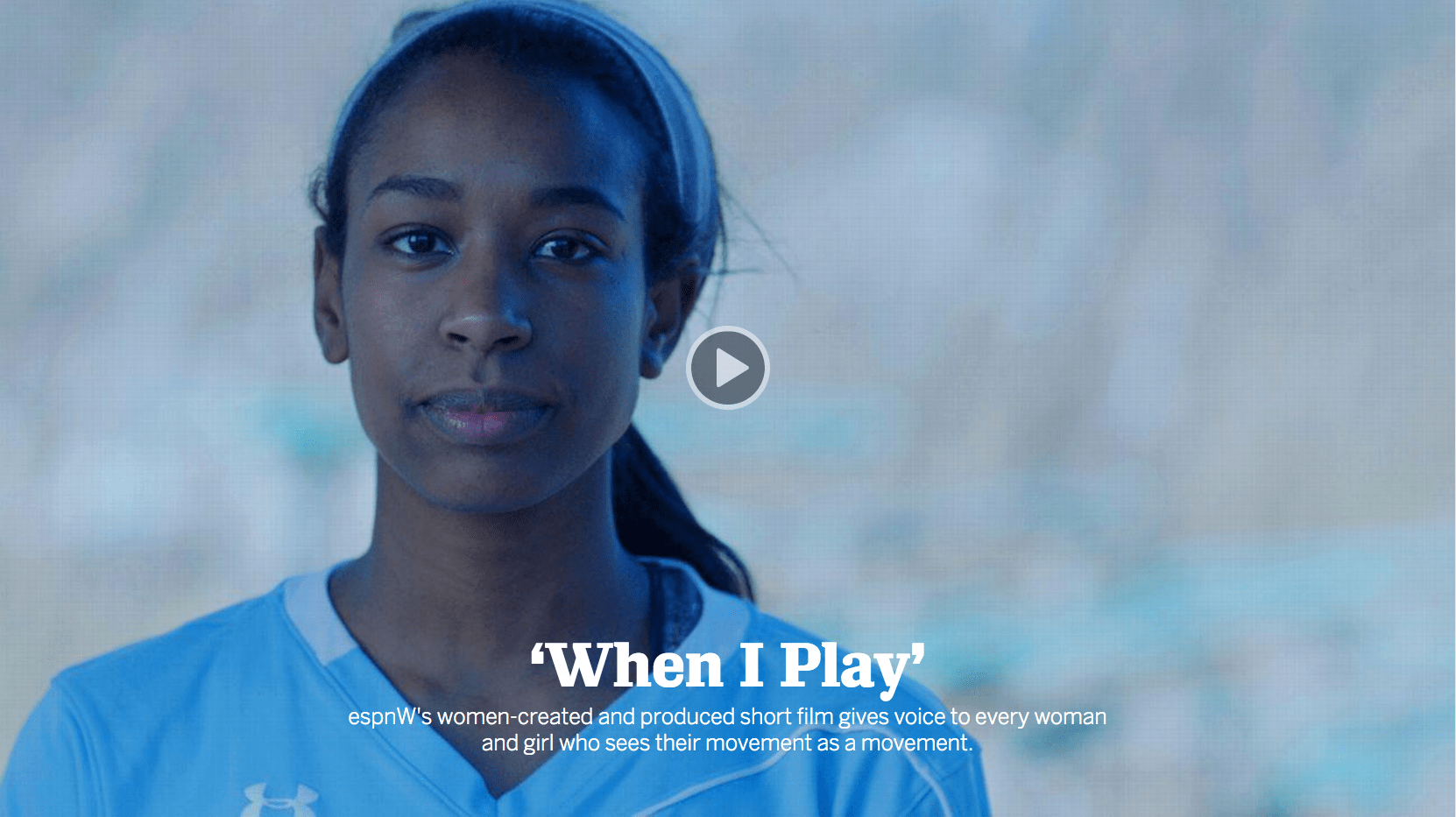 Where did the concept originate?
[AG]
This whole project began with a script I wrote, which was more of a poem. I shared it with my immediate boss who embraced the directness of the message. After I got the green light to move forward, I spent a great deal of time conceptualizing how I wanted to communicate those words on film and to honor the women in my life and at my workplace at espnW. I knew I wanted to show women of all ages, sizes, demographics and stages of life–real women who don’t often see themselves represented on-screen, never mind in the context of celebrating their innate strength and power. I outlined the short, whom I wanted to cast, and set about to hiring a woman director, editor and predominately female crew to execute the vision in my head and on paper.

What do you want viewers to take away from this piece?
[AG]
I want them to feel energized, empowered, and most of all, SEEN. Women across nations are still told in myriad ways, spoken and not, that they should not “play.” Meaning–everything from getting dirty in the schoolyard, to “acting like a lady,” and “dressing like a woman,” to having no girls athletic teams at schools, to the very existence and need for a Title IX program, to being silenced and put in the corner on the Senate floor. “When I Play,” gives voice to these women and girls who see their athleticism as a way to reclaim themselves, to find themselves, to embrace their power.

Since the short has aired, we’ve heard from everyone from WNBA players to the US Women’s National Soccer Team to girls in high school that this film is resonating. A school in Tennessee even aired it on their campus and is now designing curriculum around the messaging in the film. All of which is thrilling and humbling.

[CF]
I want viewers to get up and put themselves out there. To no longer feel shame for their bodies or their movement through and in the world. To be determined and freed from the unseen shackles of patriarchy. It’s more than sports or feminism the untethered power of self-expression, of value and of your own space.

How has your involvement with this piece inspired you two as women in film?
[AG]
I am encouraged that a company like ESPN sees the value in this type of messaging. That they agreed to broadcast a 2:30 short on air blew my mind. It inspires me to continue to fight for visibility and representation and to remind me that all the uphill boulder pushing around passion projects is ultimately worth it.

[CF]
Feeling the energy that comes from owning your own space, something we as women are, from a very young age, not allowed to have. Working on this piece and bringing that freedom into my own body and filmmaking has been like a shot of feminist vitamins to my soul. We all need reminders about how powerful we are and how we can own our journey in the world regardless of what obstacles are placed in our way.

What was the most challenging aspect in producing this piece?
[AG]
Budget. We made a beautiful film that most ad agencies would charge millions to do. We were able to do this because women responded to the messaging. The whole cast volunteered. Charlie donated hours of her time, while others–like Moonshine and our sound mixer Chykeria Thompson–took very reduced fees. Those were such acts of kindness and they made the execution possible.

Any advice or knowledge you’d like to pass to other women working in film/television?
[AG]
Believe in yourself. It sounds trite. But it is so easy to internalize all the naysayers and the cultural bias and decide in the end that they are right. They aren’t. Also, join your union.

[CF]
Don’t stop. The biggest thing to overcome is your own self-doubt. You will always make mistakes it’s that you continue to follow your inner voice and be determined. Find other people that inspire you and work with them. Raise each other up.

ESPN Senior Writer Allison Glock, the writer and creative director of this piece, began her career in the magazine world and has been published in The New York Times, Esquire, and The New Yorker, among others. After 25 years in journalism, Glock now also writes for television and holds a senior staff writer position for ESPNW. She currently resides in Atlanta, Ga with her husband, author and filmmaker T Cooper and their rescue and foster pitbulls.

Her credits include:
Writer for The Get Down, Copper
Co-creator and writer of Changers (with my husband T Cooper), soon to be a TV series produced by A&E studios.
Author of six books.
Magazine journalist for more than 20 years.
Whiting Award winner
GLAAD award winner
Hell of a pie baker 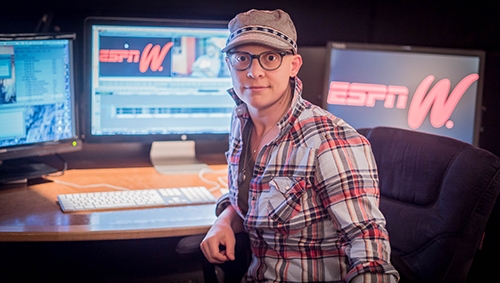 Charlie Fisk, co-producer and editor, also is a New York transplant now residing in Atlanta, Ga where she runs her company, Mighty Fine Pictures. Charlie was an All-star Softball catcher in high school with not a single player stealing second while she was behind home plate. Fisk rocks a mean fedora and makes film and television magic. She refined her skills a shooter and editor during her time with Georgia Public Broadcasting. Honored with several Regional Emmy Awards, Fisk possesses a strong background in television and documentary production.

“I love Moonshine because they are a family of people who care about how they talk to you, what the impact of a project is and readily pour their souls into everything that comes into that fantastic industrial building they call home.”
-Charlie Fisk