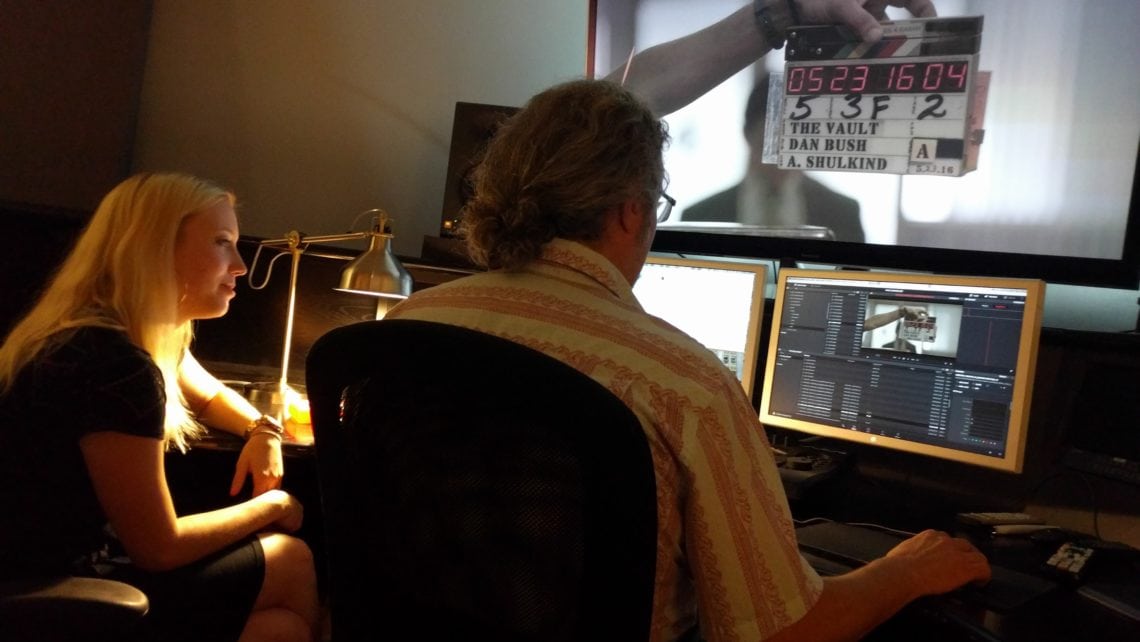 Moonshine recently wrapped feature dailies on Atlanta director Dan Bush’s (The Signal, The Reconstruction William Zero, The Dark Red) latest feature film The Vault. With a well known and loaded cast you can check out at The Vault’s IMDb, the entire picture was filmed in and around Atlanta and written by Dan Bush and Conal Byrne, who Moonshine also had the pleasure of working with on the Stuff You Should Know Comedy Television Show. This is, in fact, Dan and Conal’s 3rd collaboratively written film currently produced, and both are Atlanta based.

Among its star laden cast and LA crew members was an ultra talented Atlanta-based crew, including one of our newest staff members, Caroline Oelkers.

For the film, Moonshine performed the necessary feature dailies on the film, supervised by Mooshine’s senior colorist, John Petersen, who worked closely with the director of photography, Andrew Shulkind, to create deliverables and streamline the work for the production and post team. We even invented some of our own software and technology to take advantage of the non-linear editors, namely Adobe’s Premiere Pro, that are entering the mainstream of professional feature. For today’s filmmakers, digital dailies and digital workflows have thoroughly foregrounded that data management is paramount and becoming a pre-requisite skill set for camera and post.

Special thanks to the following for the opportunity to work on their creative endeavor – we wish you all good luck in post!

Whether its a Bocce tournament against our ringers or film chat and a brew, Moonshine is active in the Atlanta community, especially at Film Bar Mondays! Bring it on!

Moonshine : Get your fix in Post! Come visit us for your production’s needs!