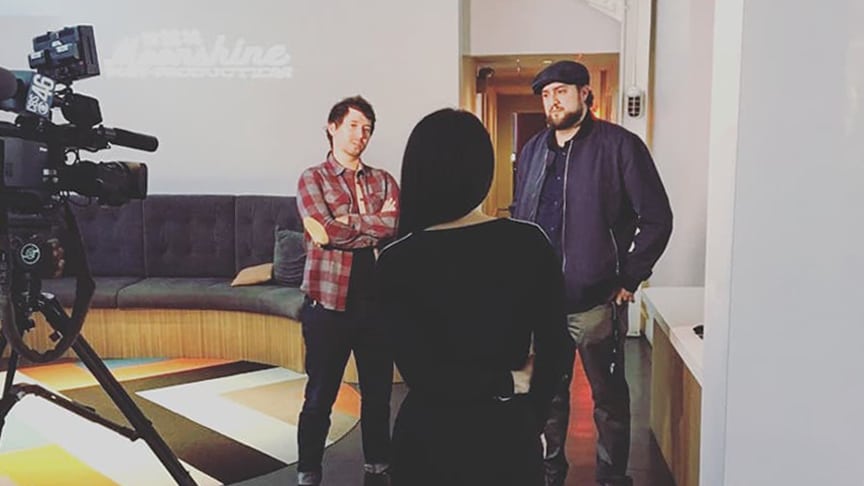 Check out Moonshine Post Production and Crafty Apes on CBS46 or on the Dana Barrett Show!

Woo! We finally made it on the radio! Chris LeDoux from Crafty Apes and our very own Drew Sawyer of Moonshine Post Production sat down with Dana Barrett to talk about working with out of state companies, making film locally, and also about the upcoming Atlanta Film Festival. In addition to talking with Dana Barrett, Astrid Martinez from “Astrid in the ATL” was able to catch up with both Chris and Drew to discuss the blossoming Atlanta film scene taking Hollywood by storm just in time before the opening weekend of the Atlanta Film Festival.

The segment with Astrid will be aired on CBS46 in the upcoming week. You can check out the interview on the Dana Barrett Show here.

More about the Atlanta Film Festival (from their website):

“Now in its fourth decade, the Atlanta Film Festival—one of only two-dozen Academy Award® qualifying festivals in the U.S.—is the area’s preeminent celebration of cinema. The Atlanta Film Festival is one of the largest and longest-running festival in the country, welcoming an audience of over 28,000 to discover hundreds of new independent, international, animated, documentary, and short films, selected from 8000+ submissions from all over the world. It is also the most distinguished event in its class, recognized as Best Film Festival by Creative Loafing, Sunday Paper, 10Best and Atlanta Magazine…

Mission Statement: To connect, educate, and engage audiences with the creative industry by supporting artists and providing a platform for their work. We champion cultural discovery, foster artistic growth, and advocate for diverse voices in film and media arts. “